HOLY FATHER CALLS JOE BIDEN TO CONGRATULATE HIM ON HIS ELECTION 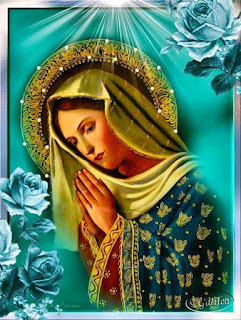 This morning, Vice President Biden attended Holy Mass.  We too turn to prayer.  We ask our Blessed Mother not for victory for any candidate, for that is our job here on Earth which we have been working diligently.  We ask her for inner peace in these troubled times and for unity and concord among the people of our nation.  Amen.
at November 03, 2020 No comments:

JOE BIDEN AT MASS FOR THE FEAST OF ALL SAINTS, SUNDAY, NOVEMBER 1st 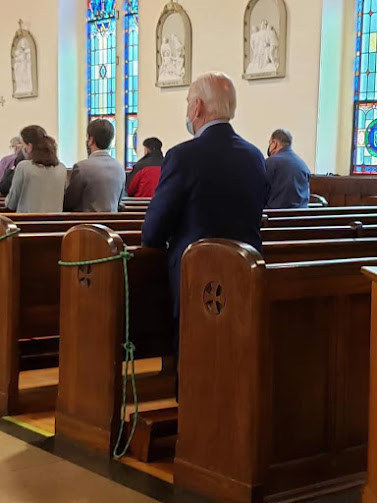 ANOTHER AD REACHING OUT TO CATHOLIC VOTERS

Here is yet another of the Catholic outreach ads produced in support of Joe Biden and warning Catholics of the dangers of Trump: 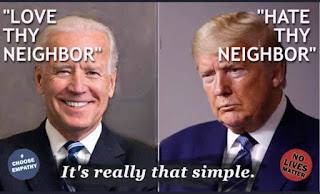 The state of the Catholic vote underscores Trump’s challenge in winning over religious voters who appear inclined to support Biden — despite approving of the president’s job performance.

Four years after Catholic Americans helped seal Donald Trump’s come-from-behind victory with a flood of support in the industrial Midwest, they could deliver his defeat on Tuesday.

In the closing days of the 2020 race, polls have shown Democratic presidential nominee Joe Biden with a steady lead among Catholic voters, one of the most consequential voting blocs this presidential cycle and a demographic the Trump campaign is counting on to deliver all-important toss-ups — like Pennsylvania, Wisconsin and Ohio — to their side on Election Day.

“There’s no doubt we have to win the Catholic vote. It is essential to our reelection,” said Marc Short, chief of staff to Vice President Mike Pence.

But the state of the Catholic vote four days before the Nov. 3 election underscores the immense challenge the Trump campaign has faced in its year-long attempt to lock in religious voters who appear inclined to support Biden — despite approving of the president’s job performance — out of sheer frustration with Trump's personality and concerns over the division his presidency has sowed.

A mid-October survey by EWTN and RealClearPolitics showed Trump with a 47 percent approval rating among Catholics, but only 40 percent support when respondents were asked who they would vote for if the election were held today. Ditto for a Marquette Law School poll released last week where Trump’s job approval rating (52 percent) among Wisconsin Catholics exceeded their support for his reelection (48 percent).

“If he loses, it’s because people who otherwise support him are just sick of it all,” said one adviser to the Trump campaign. “It’s because of voters who kind of like Trump, but ‘just can’t take this anymore.’ It’s because voters will choose a calm Thanksgiving dinner with their Democratic and Republican relatives over another policy victory or Supreme Court justice.”

It’s a concern that is particularly salient among Catholic voters in Pennsylvania and the Great Lakes region, where a cultural kinship with Biden, a practicing Catholic himself, has put the president at a disadvantage. And it’s a conundrum some of Trump’s allies begrudgingly admit could sink his shot at a second term.

“Half of Biden’s advantage right now is the shift among Catholics, who are facing a push-and-pull effect. Trump has pushed them away with his gruffness and extremism, while Biden pulls them in because he’s a white Catholic himself who speaks authentically about their shared faith,” said Ryan Burge, a political scientist at Eastern Illinois University who has been tracking data on Catholic voters in the Trump era.

The other issue for Trump is that in his campaign’s effort to court Catholic voters with a laser-like focus on his conservative policy accomplishments, they have allowed concerns about his handling of the Covid-19 pandemic, immigration and the protests over racial injustice to go unaddressed......

Only 29 percent of non-Protestant/Catholic voters said they somewhat or strongly agree that Trump “keeps his promises,” according to a POLITICO-Morning Consult survey conducted after the final presidential debate in Nashville, Tenn., last Thursday. The same survey also found that Catholic voters trust Biden more on the economy, jobs, health care, the coronavirus, race relations and public safety — suggesting the president’s opposition to coronavirus-related church lockdowns, which he and his campaign have billed as a threat to religious freedom, and his law-and-order message have failed to attract Catholic voters as much as Biden’s approach. In Wisconsin alone, a state where one in four religious adults identify as Catholic, 53 percent of Catholic voters disapprove of his response to the coronavirus outbreak, according to the Marquette Law School poll.

“I really think the Catholic vote is the canary in the coal mine. If exit polls show Trump in the low 50s with white Catholics in Pennsylvania, it’s game over for him there and Michigan and Wisconsin,” said Burge.... 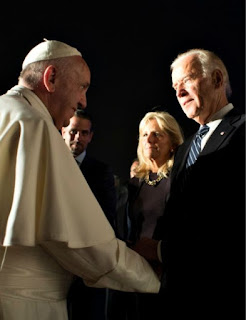 Joe Biden writes on his faith and values in his powerful op-ed in the Christian Post, "The Greatest Commandment has Guided My Politics." A true testament to why he is the clear moral choice in this election. Read it in full here: Christian Post - Joe Biden 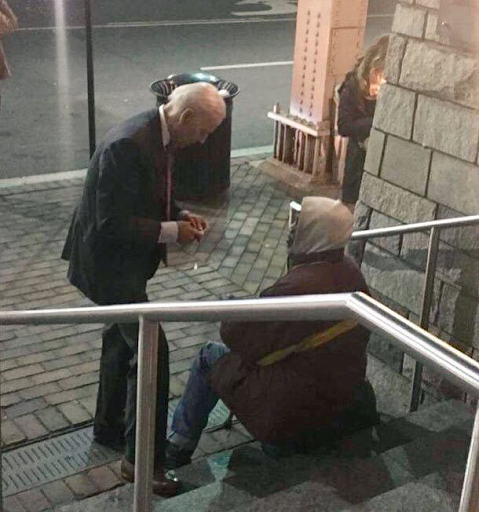 CHARACTER COUNTS: In 2018, well before he ran for president, a bystander took this candid photo of Joe Biden talking to a homeless man outside of a movie theater in Georgetown where Joe had taken his granddaughter to the movies. Biden was seen writing something down on a piece of paper and handing it to the man. Character is about what you do when no one is watching. Can ANYONE imagine Trump doing this?

Links to Catholic and Other Blogs of Interest